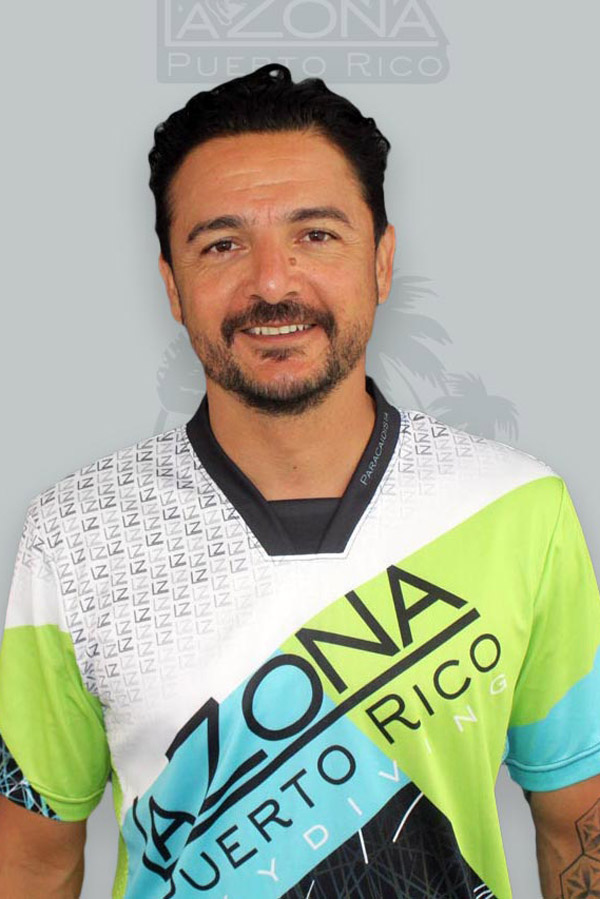 Felipe grew up in Cabo Rojo on Puerto Rico’s southwest coast and, at age 18, joined the 82nd Airborne Division of the US Army stationed in Fort Bragg. After 13 years of active duty and achieving jumpmaster status, Felipe returned home to attend Polytechnic University – San Juan and dreamed of putting his coursework in mechanical and aerospace engineering to work at NASA.

Life took an exciting turn when Felipe established the island’s first skydiving club at PUPR (where he met Francisco), formed a 4-way team, and represented Puerto Rico at the 2015 USPA Collegiate Nationals. His engagement and success reaffirmed his love for civilian skydiving and Felipe went on to earn his tandem, AFF and coach ratings from Z-Hills.

After working and visiting several dropzones – including a two-year stint at Skydive Spaceland Houston – he decided to bring his enthusiasm for the sport and passion for teaching it home.

Any cookies that may not be particularly necessary for the website to function and is used specifically to collect user personal data via analytics, ads, other embedded contents are termed as non-necessary cookies. It is mandatory to procure user consent prior to running these cookies on your website.

Other uncategorized cookies are those that are being analyzed and have not been classified into a category as yet.

Other uncategorized cookies are those that are being analyzed and have not been classified into a category as yet.

Advertisement cookies are used to provide visitors with relevant ads and marketing campaigns. These cookies track visitors across websites and collect information to provide customized ads.

Analytical cookies are used to understand how visitors interact with the website. These cookies help provide information on metrics the number of visitors, bounce rate, traffic source, etc.

Performance cookies are used to understand and analyze the key performance indexes of the website which helps in delivering a better user experience for the visitors.

Save & Accept
Powered by